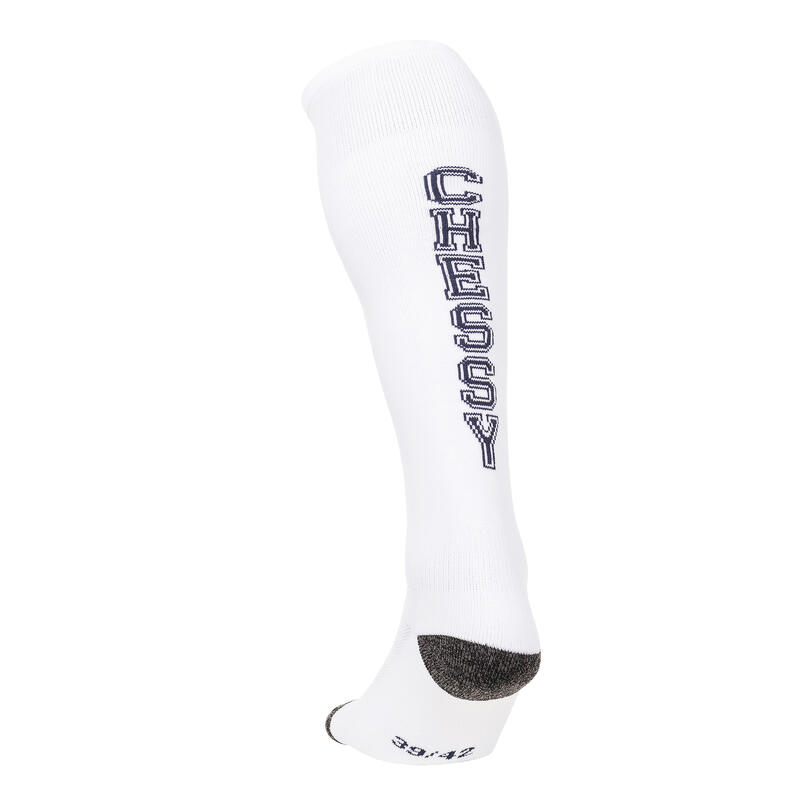 Socks designed specifically for field hockey, with a special shape for wearing with shin pads.

Loose knit for use with shin guards. Plush loop on the inside.

Ribbed knit at the edge and ankle.

Ventilated knit on the top of the foot.

Polyamide (87.8%) - Polypropylene (11.2%) - Elastane (1%). Specially designed with a looser fit to slip over shin guards and ribbing at the edge and ankle to keep them in place. Ventilated knit on the top of the foot for improved breathability. Reinforced heel and toe. Four sizes.

These socks were co-designed by our product development team made of passionate hockey players (product managers, designers, engineers, garment designers, stylists, prototype and lab technicians, Jill Boon, Berta Bonastre, Thomas Briels and Victor Charlet), players in our partner clubs or from our community, and specialists in the Decathlon sock manufacturing process.

Approved by our athletes

Approved by our athletes (continued)

Our textiles are tested in the lab and in the field by our panel of testers under real playing conditions.